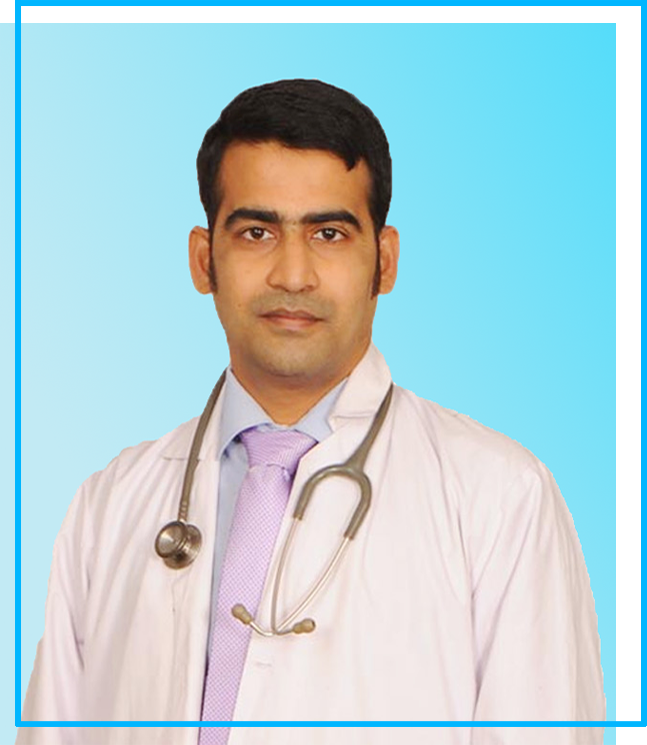 Dr. Bhargav is a board certified expert in Endocrine, Metabolic and Breast Surgeries. He is the first surgeon from Andhra Pradesh State in South India to obtain the ultimate Superspeciality MCh degree in Endocrine Surgery. To achieve this degree, he received a structured training in Endocrine Surgery at Sanjay Gandhi Post-graduate Institute, Lucknow (the first and only central institute running the MCh course since 2004). He has 5 year rigorous State of art training senior residency.

Dr. Bhargav has extensive clinical, operative, scientific and academic experience in diseases of Endocrine Surgery and General Surgery having worked in Government, private, corporate and teaching hospitals over past one decade. He has vast experience in Thyroid, Endocrine, Parathyroid, Breast, Obesity, Metabolic Surgeries etc., He has special expertise and interest in laparoscopic endocrine surgery with very few experts in India and South east Asia in this field

Dr. Bhargav is presently working as the Senior Consultant Chief Surgeon, Director and heading the Department of Endocrine and Metabolic Surgery at Endocare Hospital, Vijayawada in South India, the one of its kind in entire India. He as keen interest in research and published several articles in national and international journals. He continues guiding post-graduates and junior colleagues as visiting lecturer in Medical colleges, CME and academic meets. He also participates in public awareness and patient interaction through media

Lorem Ipsum is simply dummy text of the printing and typesetting industry. Lorem Ipsum has been the industry's standard dummy text ever since the 1500s, when an unknown printer took a galley of type and scrambled it to make a type specimen book. It has survived not only five centuries, but also the leap into electronic typesetting, remaining essentially unchanged. It was popularised in the 1960s with the release of Letraset sheets containing Lorem Ipsum passages, and more recently with desktop publishing software like Aldus PageMaker including versions of Lorem Ipsum.

Passionate about practice, research and advance of Endocrine and Metabolic Surgery in developing countries like India.
Always, a loyal student of Endocrine and Metabolic Surgery discipline.
Desirous of developing newer, safer, less morbid novel surgical techniques, especially minimally invasive approach
To be involved in training, education and awareness of the discipline.

For AppointmentNo Need for A Queue